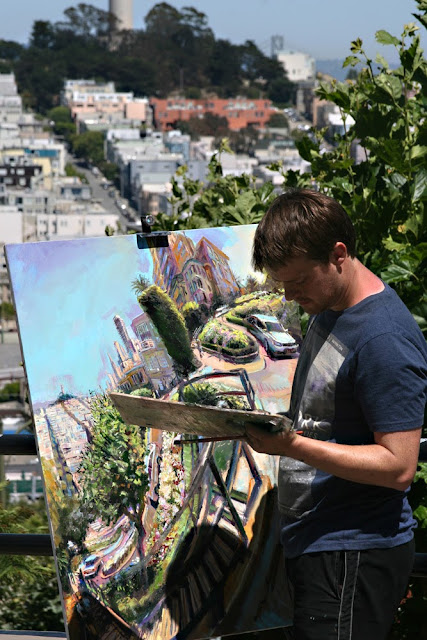 Whilst showcasing our work from Year of the Boat throughout the UK in 2013 we have also been planning and implementing our next major project. Throughout July and August we shall be based in San Francisco, Las Vegas and New York producing on-location or plein air paintings. 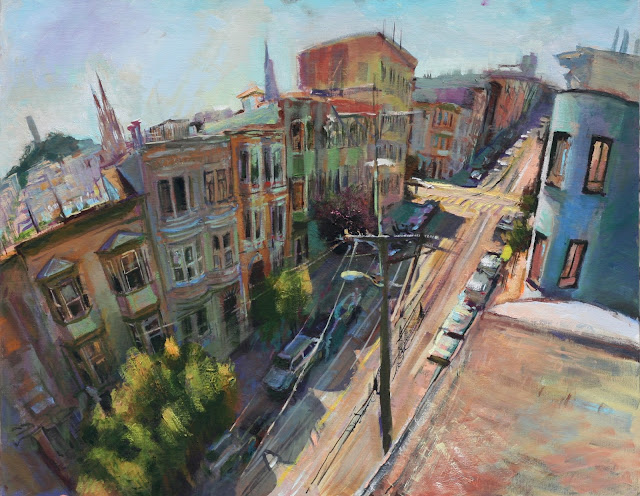 We have started a seperate blog for this project so please follow us over ... 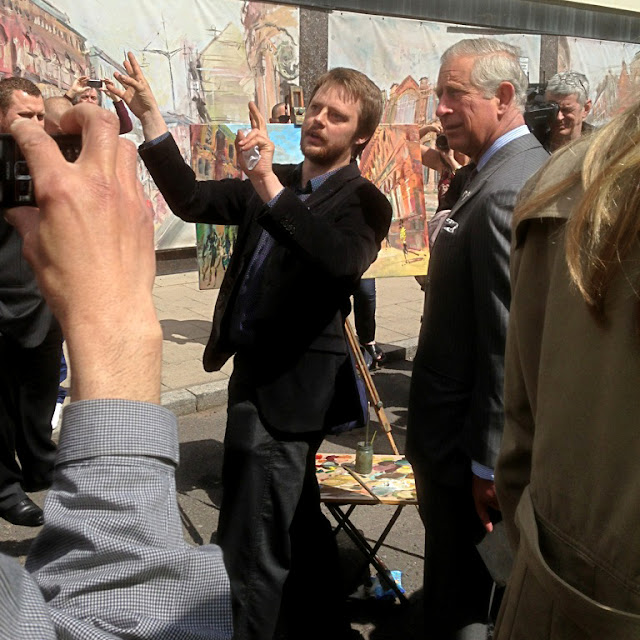 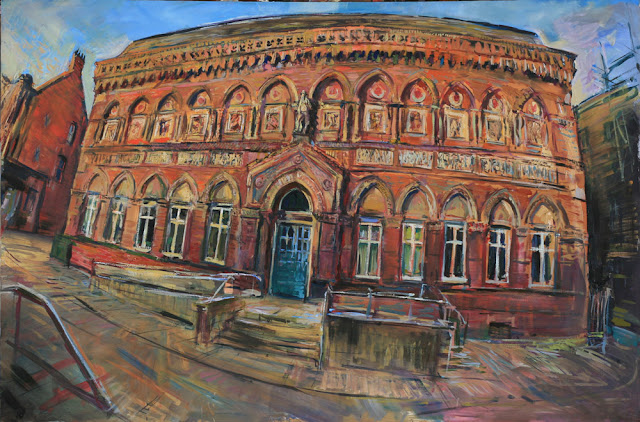 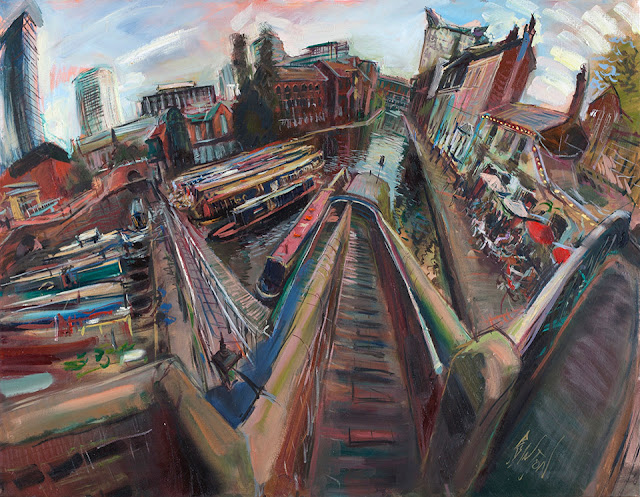 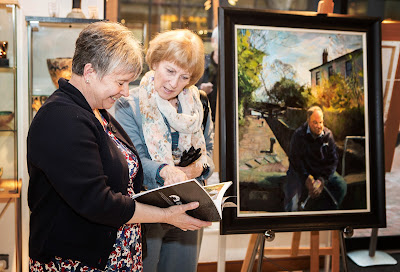 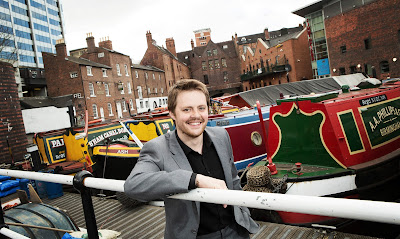 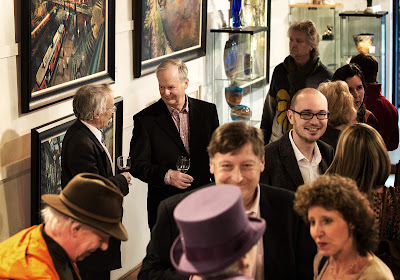 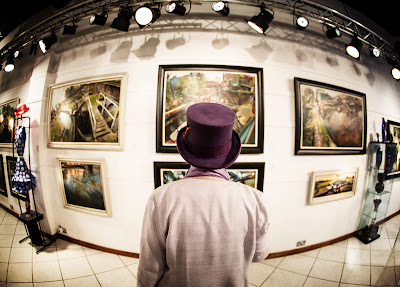 Manchester - Year of the Boat Launch

The April Year of the Boat launch in Manchester was a great success, below are some images taken by the superb photographers Page Seven Photography 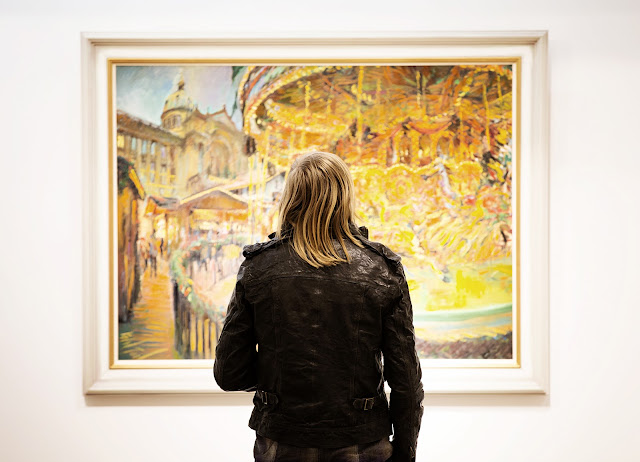 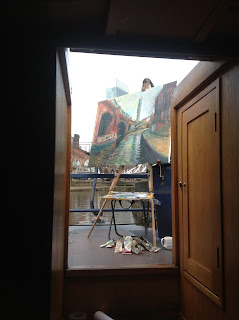 This painting was begun in harsh wind and cold when I was still limited to the boat. I lashed the painting to the stern and weighted the easel down to combat the wind. The painting transformed completely when I finally get to revisit it over a week later. No wind and glorious sunshine made the process easier and more enjoyable. I couldn't get the boat to the same spot though; so I had to readjust the painting to a new vantage point. I really enjoyed this adjustment and the movement within the piece's history. 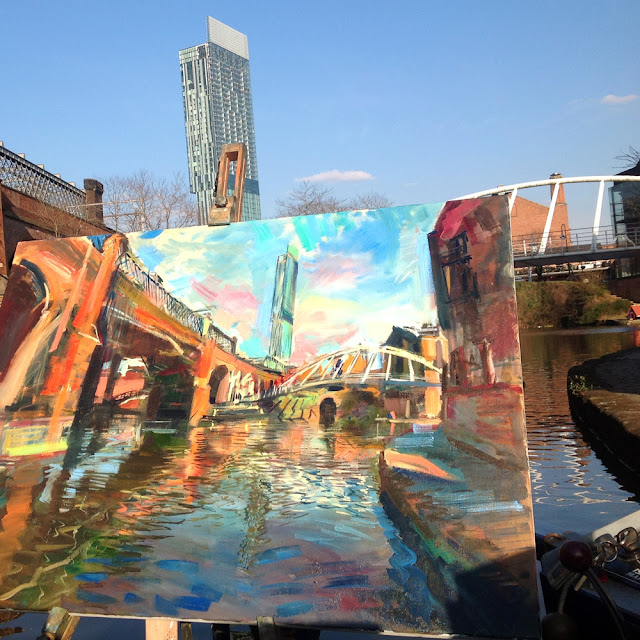 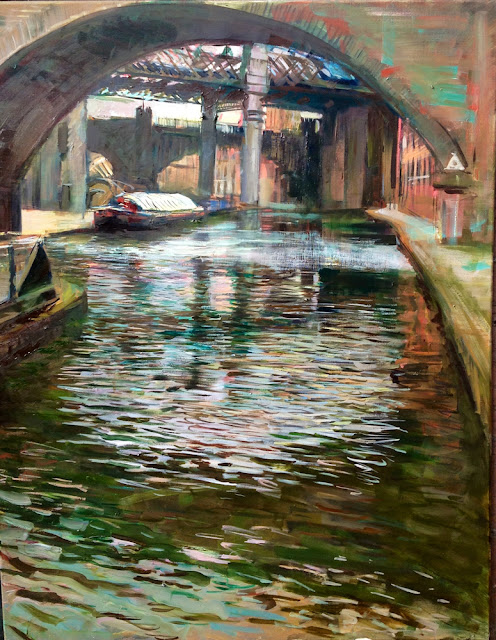 A view from the back of the boat chosen because it was a stunning view of the famous mixed arches and bridges of Castlefield and also because the wispy snow and bitterly cold and strong wind meant I was not straying too far from the warmth of the wood burner. The wind meant the water was not as still as previous reflection studies I have attempted in this project, and it is this distortion of the reflection by the undulating water surface that is the main subject of the piece. 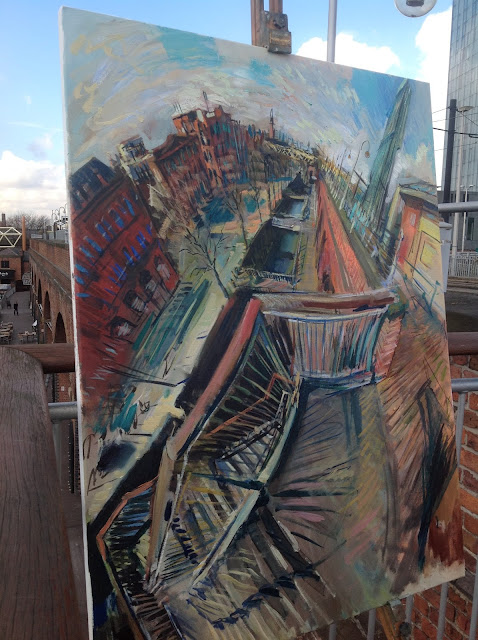 The breach on the Trent and Mersey by Middlewich meant our return to Manchester was via the Macclesfield, Peak Forest and Ashton canals.

After a winter of animations and harsh weather I was eager to get the paints flying again in Manchester, and on the home stretch into Castlefield, I was already spying possible subject matter and left the boat dropping in a lock to run up these stairs to check the view from this metro station. 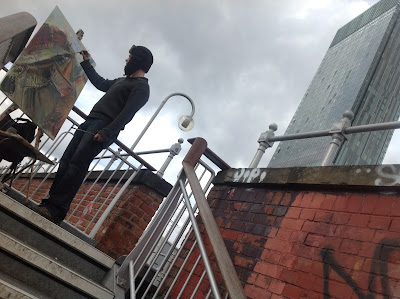 The shear drop down to the bar terraces and the canal even further below, in contrast to straining your neck to catch the full height of the Beetham Tower was an interesting spacial challenge. I also wanted to depict the dog-legging staircase up to where I was standing as a device to describe the different levels and the banister railings to help reiterate the vertical. It got to the interesting stage where I was having to look through myself to describe the platform. 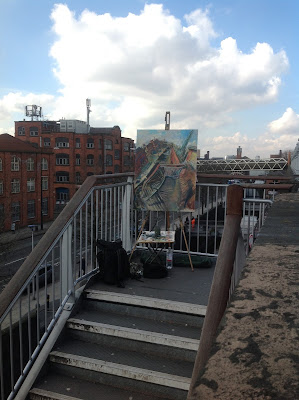